Schouwen-Duiveland, the crown at Zeeland As most Northern peninsula is Schouwen-Duiveland ‘the crown at Zeeland’. Slide with a seafood banquet from the Oosterschelde. Lounge through cosy seaside resorts as Renesse and Burgh Haamstede. Go swimming, sailing or diving. Explore deer, or spy on birds. Or walk through the largest wood of Zeeland,in protected nature monument ‘Kop van Schouwen’. So extended that you never walk together for the feet. Under marvellous clouds in again other shades of light. On the road to the silenceness of Schouwen. 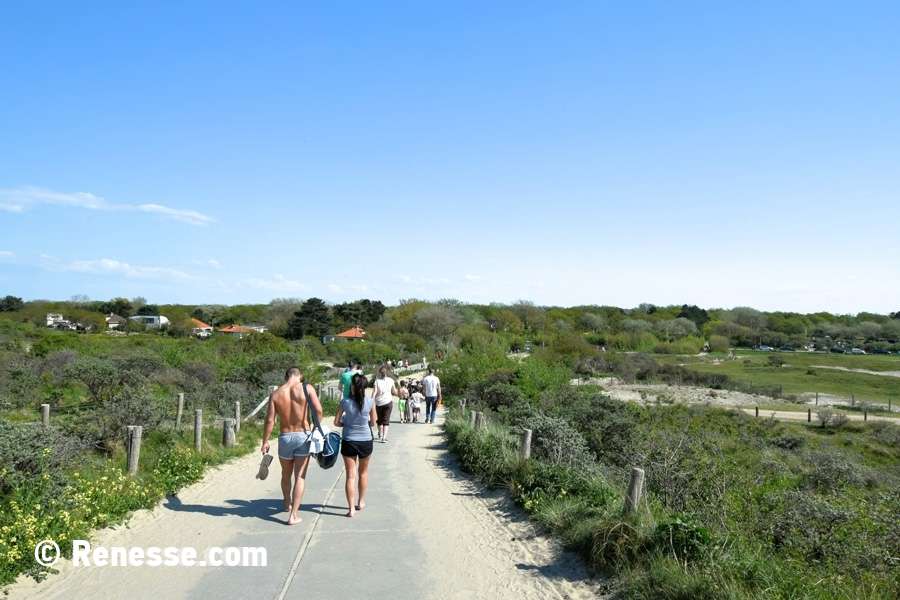 At Westerschouwen you find the largest wood of Zeeland. Where you could hear the breakers everywhere . With wild honeysuckle which smell delicious after a rainshower. Together with the Meeuwen dunes it is part of nature monument de ‘Kop van Schouwen’. A hilly dune landscape. With blowing sand, valleys and dune fields. Birdrich forest-edges and thicket. Everywhere life is rustling which you could spy on from the many marked walking routes of from the hide cabin or watchtower. A stay at Schouwen-Duiveland isn’t connected at one season only, the area ‘lives’ the whole year. The landscape has in each season another colour and structure. The teamwork of sun, clouds and wind above the country and the sea gives Schouwen-Duiveland the well-known ‘Zeeuwse light’. And each season has its own events. In Spring one could enjoy the many waders, the blossoms, the bulb fields and the young cattle. In Summer mostly the beaches and the water attract people. The Autumn is suitable for seeing the historical pictures, at the countryside the harvest is collected and one sees the seagulls swarm behind the tractors, the wood shows its autumn colours and many mushrooms. In Winter when the chill has descended the goose have taken the place of the waders and it is lovely to take fresh air at the beach, Schouwen-Duiveland also is offering its atmosphere then.

Behind the dunes and dikes there is the polderland of Schouwen-Duiveland with its lively towns and characteristic villages belonging to the most beautiful ones of Holland. Although the island had led an isolated position for long time, the own identity has been kept. Big industry lacks. The countryside still knows the quietness and the space which has characterised it for centuries. 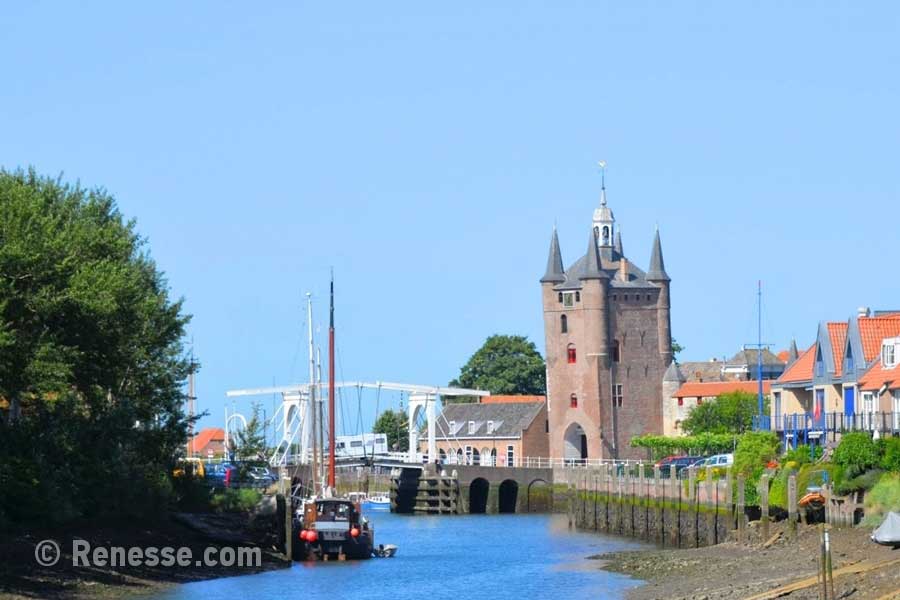 A third of the population of the community Schouwen-Duiveland lives in Zierikzee. This is the largest centre and also the attraction point of the whole island. Population is about 11.000 people. Zierikzee is a monumental town and is highly noted in the national top 10 for monuments. 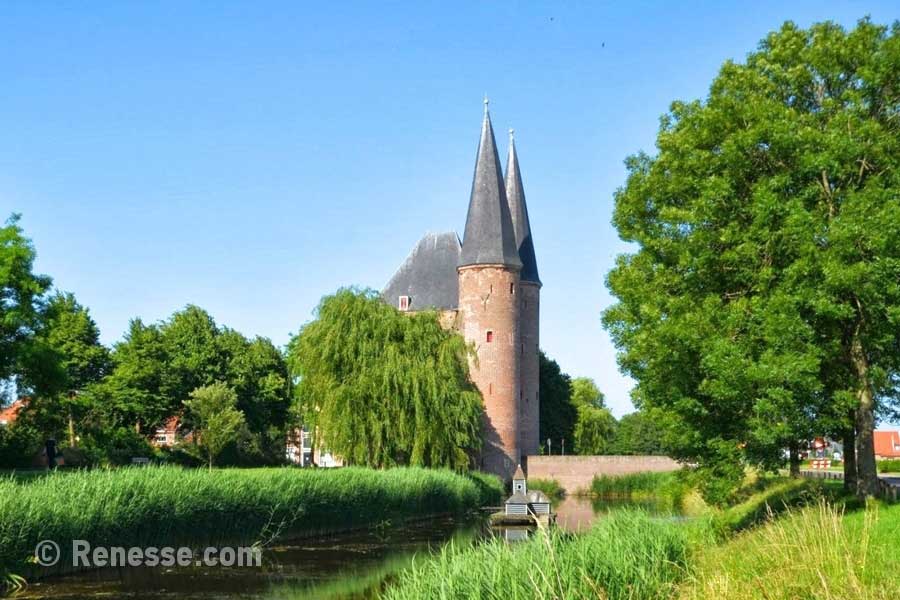 The cultural-historical value of the town is big. Tourists from all over the world are coming to visit the points of attraction as the Fat Tower, the orphanage and the old Town Hall. The city ramparts, gates and historical monuments which have been kept mostly are giving the town its own character. Zierikzee is also a town where you could shop good and where the catering is richly presented: restaurants, grand-cafés and pubs, you could find them all over there.

The pictoresque and touristic Bruinisse is especially known for the musselfishery . The local mussel farmers are taking up to a third part of the supply from Dutch mussels. Bruinisse has a marina at the Grevelingen, which has been used particularly by aquatic sporters. Bruinisse disposes also at the golf court ‘Grevelingenhout’, here you could play golf in the months June up to September with handicap 28, in the months October up to May the golf court is only disposable for GVN holders).