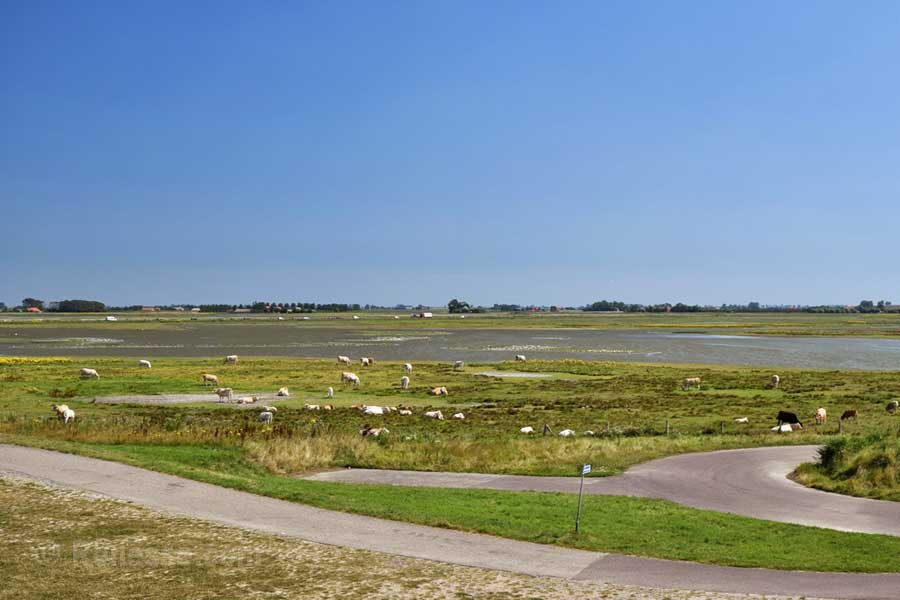 The northernmost peninsula, Schouwen Duiveland is 'the crown' of Zeeland. Take a stroll through the charming coastal towns like Renesse and Haamstede. Go for a swim, sail or dive. Follow deer or spot birds. Or take a walk along the shore though natural dunes and forests. 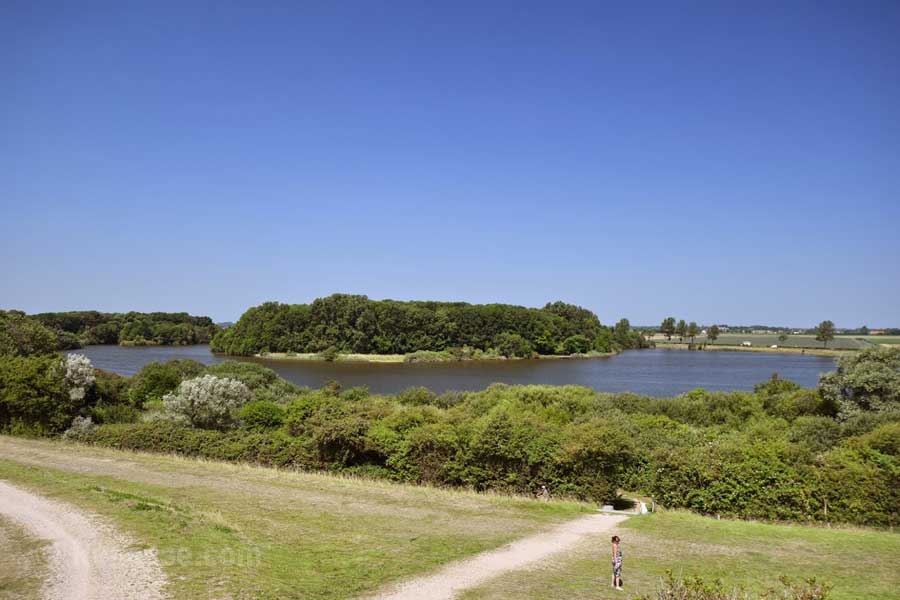 The northernmost part of Zeeland carries, like no other, the scars of the floods of 1953. But the tide has turned in Schouwen. The Forestry Commission has been actively engaged in creating 'new nature'. The landscape has begun its second life. Schouwen is once again a patchwork of nature reserves. The most important ones are: 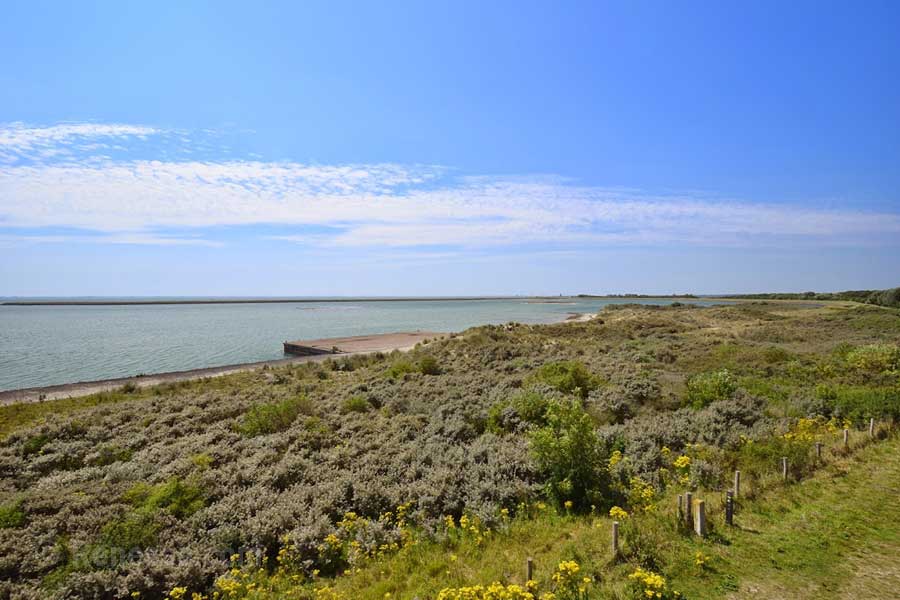 The largest forest of Zeeland lies in Westerschouwen. You can hear the surf everywhere when you walk though the nature. Together with the dunes, the nature reserve is part of the ‘Kop van Schouwen’. A hilly dune landscape with dusty sand dunes, valleys and dune grasslands. Forest edges with lots of birds and shrubs. The bare, dusty dune slacks, or in the more vegetated dune areas, where colorful and fragrant dune plants grow and flourish everywhere.

Here bustles the surf of the North Sea on the left, and the leaves of the trees softly move on the right. About seven thousand seagulls nest in the dunes. Life rustles everywhere. Observe and enjoy nature from the many marked trails, from the open field or a watchtower. 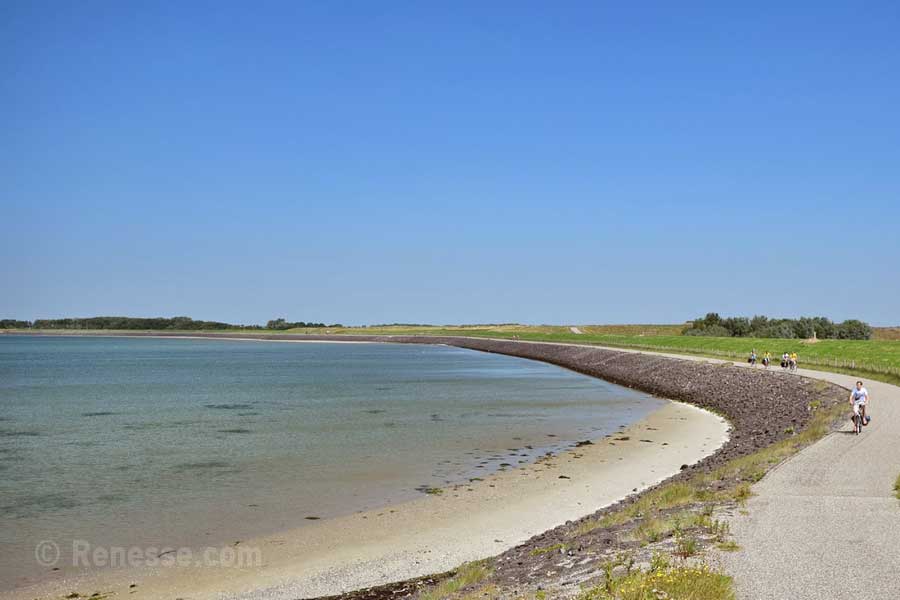 A second nature reserve lies near Serooskerke. This creek area on the banks of the Oosterschelde experienced one of the largest dike breaches during the great flood. A ring dike was built around the disaster area for the fight against the swirling water. Since then, the Forestry Commission has planted forests in the area.

The fertile land is now lush with trees and dog rose. The freshwater creek Schelphoek is rich in rare plants thanks to the transition from salt to fresh water, including many kinds of orchids. Here, there are no less than sixty different species of breeding birds. You can take beautiful walks along the border between land and water, on pathways with many silverberry trees. There is the Delta path for long distance lovers. For the kids, there is the ‘find-your-walk’ activity. Provided they rather not swim in the creek, or play on the wide riparian strips. 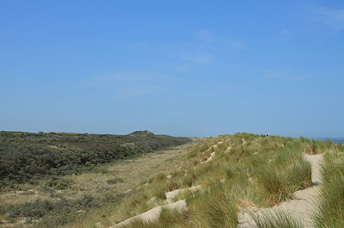 The Prunje polder is an area on the south coast of Schouwen-Duiveland. It is one of the oldest polders of the island, and is a nature reserve which is internationally recognized as a "wetland". See the flowers in the field, feel the wind through your hair, hear the birds and smell the mud. A tremendous variety of vegetation exists here. The Prunje has become the domain of many marsh plants including the samphire and the sea aster.

Nature lovers can truly indulge themselves: there is an observation tower, a bird viewing window and there is even a bird boulevard. You will find flocks of waterfowl and waders here.

Oosterschelde National Park is located to the south of Schouwen-Duiveland. It is the largest national park in the Netherlands, with an area covering 37,000 ha. There are several long and short bicycle and walking routes laid out over marked or unmarked trails. Oosterschelde National Park means walking along the tide line, beachcombing, snorkeling, biking, a visit to a mussel farm or a nature boat trip. There is plenty of things to do.

The fauna of Oosterschelde National Park is very unique as well. Many different bird species can be observed in this National Park. There are several bird cabins which make it possible to take a good look at the birds. Especially waders like the golden plover, avocet, curlew and other sandpipers feel at home on the mudflats and salt marshes, which the area has to offer. Also seabirds, including several gull species can be found in this great natural area. Aside from the many different species of birds, there are also seals and porpoises which can be found in the waters of the Oosterschelde. In addition, the area is also attractive to fishing enthusiasts. Sole, flounder, dab, eel, whiting, mackerel and garfish are some of the edible fish species which can be found in the Oosterschelde.

The Grevelingenmeer is a popular recreation and water sporting area. The area is the largest saltwater lake in Western Europe and is a protected Natura 2000 site. The Grevelingenmeer is a former inlet of the North Sea, situated between the islands of Goeree-Overflakkee and Schouwen-Duiveland, on the border of the provinces of South Holland and Zeeland.

Near the Brouwersdam you can do a lot of windsurfing. That's because the inland water is calmer than the North Sea, while there is almost just as much wind. In addition, also diving into the lake a popular sport, especially near Scharendijke and Den Osse. You will also find beautiful marina at Port Zélande on the Brouwersdam. The little harbor of Battenoord is popular among kayakers, because it is a great area to practice what it's like on the open sea. Lastly, there are harbors near Herkingen, Ouddorp, Brouwershaven and Bruinisse.